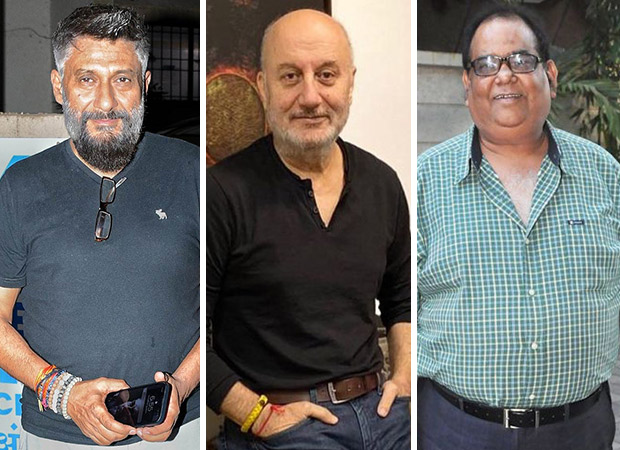 Some time in the past, it was revealed that Vivek Agnihotri’s subsequent movie shouldn’t be the a lot awaited The Delhi Files however a movie referred to as Nautanki which he shot in Bhopal in the course of the lockdown along with his associates Anupam Kher and Satish Kaushik. However Vivek clarifies that he’s not related to Nautanki.

Says Vivek, “During the first lockdown, in August 2020, my dear friend Anupam Kher asked me to help him out with a play which they wanted to shoot as a small film. I did help with the shooting and with the first cut as a friendly gesture without charging a penny.”

That was the tip of his affiliation with Nautanki. Says Vivek, “After the shoot was over, it was taken over by the producers and and I have no idea about what they did with the final film and I am in no way associated with it anymore unless Anupam needs my help with the film.”

Vivek reveals this isn’t the primary time he has helped out a undertaking. “I do help a lot of people with many things as friendly gesture. To me, filmmaking has never been about money. Earlier also, I had helped Anubhav Sinha’s Zid, which I had left after first schedule and it was finished by director Anubhav Sinha. Later, he sent a cheque to use my name and not to tell anyone that I didn’t direct the film. I refused to take the cheque and he immorally and unethically used my name to market the film. But then I say, it ok, if I can be of any help to anyone  it’s  no big deal.”

Also Read: REVEALED: Post The Kashmir Files listed below are particulars of Vivek Agnihotri’s subsequent, and it’s not The Delhi Files