Skip to content
Takahiro Shiraishi, a 29-year-old Japanese man, targeted Twitter users with suicidal tendencies, aged between 15 to 26, and killed them.

Takahiro Shiraishi, a 29-year-old Japanese man, targeted Twitter users with suicidal tendencies, aged between 15 to 26, and then killed them. He in fact admitted in court on Wednesday that he killed 9 people so far.

Shiraishi was detained three years ago. At the time, police were investigating the sudden disappearance of a 23-year-old woman. Previously, she tweeted about feeling suicidal. After the woman disappeared, her brother decided to hack her Twitter account. He then found a somehwat strange Twitter handle in contact with her.

Police searched Shiraishi’s apartment in Zama City on October 31, 2017 and detained him. They had found cooler boxes containing body parts with cat litter sprinkled to cover it up. Shiraishi confessed later that there were nine bodies with as many as 240 bone parts of victims.

Lawyers of Takahiro Shiraishi managed to reduce his charges, supposedly because he got the victims’ consent to kill them before doing so. Killing with consent carries a prison sentence of 6 months to 7 years.

For the hearing in court on Wednesday around 600 people gathered in 13 public gallery seats. If murder charges were put upon Shiraishi, he would have faced death penalty by hanging in Japan. 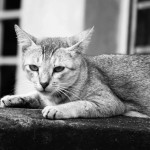