Pakistan Has No Right To Comment On PM Modi’s J&Ok Visit: India Hits Back 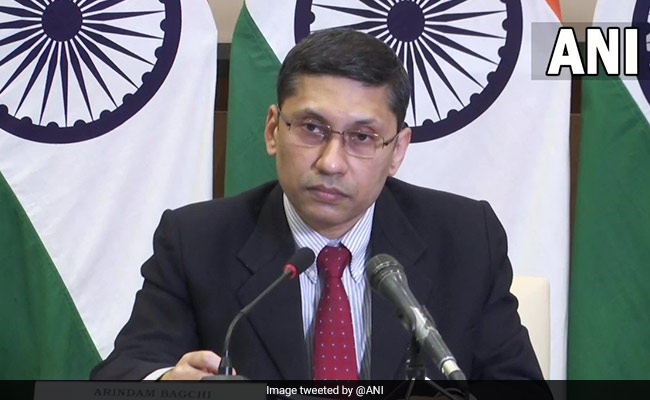 Pakistan has no locus standi to touch upon the issues pertaining to the union territory, India stated.

India on Thursday slammed Pakistan’s remarks on the go to of Prime Minister Narendra Modi’s to Jammu and Kashmir and stated Islamabad has no locus standi to touch upon the issues pertaining to the union territory.

Answering queries about Pakistan’s remarks through the common media briefing, Ministry of External Affairs spokesperson Arindam Bagchi stated the reception that the Prime Minister received and the modifications which have occurred on the bottom within the union territory is a really clear reply to any questions that will have been raised in regards to the go to.

He additionally took a dig at Pakistan Prime Minister Shehbaz Sharif terming the go to as “staged.” ,

“I don’t understand the word staged. It seems to indicate the visit did not take place and we are trying to show that it did,” he stated.

“I think it’s pretty clear that the reception that he (PM Modi) got and the visuals that you saw and the development projects that he inaugurated and the changes that have happened on the ground is a very clear answer to any questions that may be raised about Prime Minister’s visit about it. In any case, I think Pakistan has no locus to talk about…it from its perspective on what’s happening in Jammu and Kashmir but I answered in the context of if somebody is questioning the visit itself,” he added.

PM Modi visited Jammu and Kashmir on Sunday to take part within the celebration of National Panchayati Raj Day and addressed all of the gram sabhas throughout the nation.

It was his first main go to to Jammu and Kashmir after the abrogation of Article 370. He inaugurated and laid the inspiration of a number of improvement initiatives price Rs 20,000 crore within the union territory.